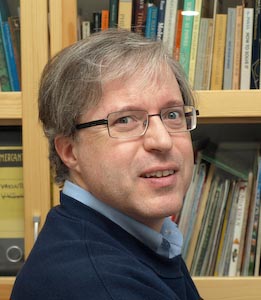 I work as an University Lecturer at the University of Helsinki. I am also a principal investigator. I do research on sensory photobiology of plants, and other aspects of the role of acquisition and use of information by plants in acclimation.

I have been using R since around 1998, before that I used mainly Systat, but occasionally also S-Plus, SAS and MinTab. I have experience in designing and writing of R packages. This experience includes calling Java and Python libraries from R code and also in the use of the Rcpp package to write R-callable functions in C++. I have used markdown and to a lesser HTML, json and XML. As for operating systems I have experience with MS-Windows, Linux and Unix. The first revision control system I used was RCS while nowadays I use Git.

I have developed software and hardware for use in different aspects of my lab's research in plant science and solar radiation.

I have earlier held a lecturer position in Environmental Statistics and taught courses. I started teaching R to MSc students in 2001. I also taught a course on ANOVA and mixed-effects models as well as a course on time-series analysis. I am interested in data visualization, exploratory analysis and on the interpretation of results based on the context of their acquisition.

Of the R packages I have published in CRAN, one with miscellaneous extensions to 'ggplot2', called 'ggpmisc' is currently the most popular.

I have also developed a suite of R packages for use in photobiological research, mainly for quantification of spectral data. Eleven packages from these suite are available through CRAN, while those packages using proprietary drivers (free runtime with closed source) for near-real-time data acquisition are available at the R for Photobiology blog. All sources are at public git repositories at my Bitbucket public depositories.

I am a member of the Foundation for Open Access Statistics (FOAS), the Dataviz society, the TeX Users' Group (TUG) and a former member of the Association for Computing Machinery (ACM). I am member of scientific societies related to ecology and photobiology.